The Offending Gesture is a humorous and poetic indictment of American foreign policy in Iraq, told through the true story of Hitler and his dog, Blondi. Wellman takes as his subject a political incident that occurred in 1941 just before Germany invaded the Soviet Union, when Tor Borg, a Finnish businessman infamously taught his own dog Jackie to do the Nazi Party Salute in response to the command, "Heil Hitler." 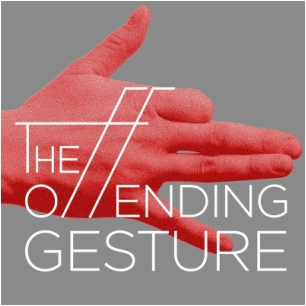