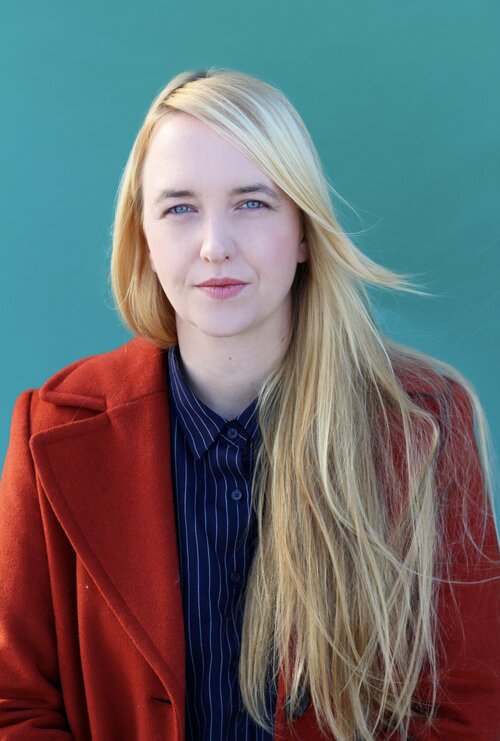 ​
Meghan Finn is the Artistic Director of The Tank. She previously served as the Associate Artistic Director at 3LD Art & Technology Center. Her directorial work has been seen at the Tank, the V&A, Serpentine Galleries, The Wexner Center, SCAD, The Logan Center for the Arts in Chicago, Museo Jumex Mexico City, The Power Plant, Canadian Stage, Carnegie Mellon, Brooklyn College, MIT, NYU, the Great Plains Theater Conference and others.  She has directed three world premieres by playwright Mac Wellman, including most recently The Invention of Tragedy (2019). Other recent credits include: I Am Nobody a new musical by Greg Kotis (Urinetown) at The Tank; as well as The Nine Dreams: Blake & the Apocalypse by writer Nick Flynn (film). She directed a short film by playwright Peggy Stafford called 16 Words or Less which has been screened at indie film festivals nationally and in Europe. She is a frequent collaborator of conceptual artist and sculptor Pedro Reyes, and directed Doomocracy for Creative Time. Finn collaborated with photographer Mitch Epstein on a live performance with cellist Erik Friedlander as well as celebrated premieres by Erin Courtney, Peggy Stafford, Gary Winter, Ben Gassman, Alexandra Collier, Carl Holder, Eliza Bent and Cori Copp.  When We Went Electronic by Caitlyn Saylor Stephens which premiered at The Tank in 2018 toured in 2021 to The Roes Theater in Athens Greece and OnStage! Festival Rome and Milan. She holds a BA in Theater from The University of Southern California and an MFA in Directing from Brooklyn College.

Under her leadership, The Tank has established itself in a two theater complex on 36th Street, doubling its artistic programming and annual revenue since FY17. She has overseen the growth of the staff and artistic output working with the organizational leadership and artists to seamlessly establish CYBERTANK, a virtual platform for artistic work in the wake of the pandemic. Since March of 2020, the company has produced and presented 600 virtual shows featuring the work of over 3,000 artists. In 2020, The Tank was awarded an OBIE AWARD for institutional excellence, under Finn's leadership as Artistic Director.

As an immigration advocate, Meghan Finn worked as a core member of Immigrant Families Together, a group which came together to reunify children separated from their parents due to the Zero Tolerance Policy in 2018. Subsequently, she cofounded the organization Each Step Home (formerly Every. Last. One.) a nonprofit dedicated to the release of children from immigration detention in the United States. Every. Last. One. assisted in the release of over 100 children from federal custody in 2020. The story of her work is featured in THE BOOK OF ROSY: A Mother's Story of Separation at the Border By Rosyra Pablo Cruz and Julie Schwietert Collazo and mentioned in Love is The Way: Holding on to Hope in Troubled Times by Bishop Michael Curry and Sara Grace.
​
Powered by